Photographer Claims Injury After Davante Adams Pushed Him To Ground 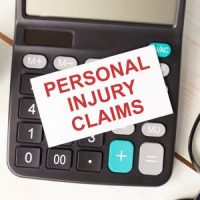 After a disgusting collapse against the Chiefs, star receiver Davante Adams appears to push a photographer to the ground for no apparent reason. Adams was still wearing his uniform and could be seen on camera pushing a random guy who appeared to be in his way. The man, who was holding a large camera at the time, fell to the ground and was assisted to his fit by a bystander.

The photographer has since filed a police report against Adams, alleging that he sustained injury as a result of the push. While Adams’ actions are deplorable, this case will turn to the severity of the photographer’s injury. In any personal injury case, a plaintiff must prove that their injuries were the actual or proximate cause of the defendant’s actions or inactions. And from a practical matter, the injuries will need to be serious enough to make a lawsuit worthwhile.

It is important to keep in mind that not all conduct, while offensive and morally comprehensible, rises to the level of a cognizable claim. Meaning that while someone may have wronged you, it doesn’t mean that you can sue them and win in court. While there may be laws that protect you from such conduct, tort law requires that a physical, monetary, or emotional injury has taken place.

Suffice it to say, you must have been injured to bring a personal injury lawsuit, and whether Adams’ push caused the photographer to be seriously injured will be an issue of causation the photographer will have to prove. In other words, unless the photographer can prove that he suffered a serious injury, it is unlikely he will recover much in damages from Adams for this incident.  Adams is more likely to be fined or disciplined by the NFL Commissioner for this conduct than he is to pay out large sums in a personal injury action.

The photographer has taken two pertinent steps to strengthen any argument for damages if he intends to pursue a lawsuit against Adams. First, he sought medical attention immediately following the incident and was transported to the hospital for medical evaluation. Those who are injured may not know they’re injured until later. So while a fall on your butt may not typically cause severe injury, it is not outside the realm of possibility that this photographer has a fracture or some other injury that requires medical treatment. Heading to the hospital immediately after the incident strengthens any argument that his injuries were a direct result of the Adams’ push.

Second, the photographer has also filed a police report, which helps document the incident. In many cases involving injury, the plaintiff does not have the benefit of having the incident captured by dozens of cameras in front of hundreds of thousands of witnesses. It is always important that following an incident involving injury, the injured party files a police report or incident report to properly document the event. If it is not document, it helps the at fault party avoid responsibility by questioning whether the incident even occurred in the first place. Here, the photographer was pushed on live television in stadium full of thousands of NFL fans. A police report helps document the battery officially but is not necessary for the purposes of proving that the battery took place.  Adams has since issued an apology for his actions, and explained that he responded poorly in a moment of frustration when the photographer jumped in front of him after the game.  Adams will likely be liable for any injuries (big or small) the photographer suffered as a result, and he will likely be fined or suspended over the incident in addition to any criminal charges for simple battery.

If you’ve been injured due to the negligence or malice of another person or company, call the Las Vegas personal injury lawyers at Cameron Law today to schedule a free consultation and learn more about how we can help you recover damages related to your injuries.

By Cameron Law | Posted on November 29, 2022
« Attendees Sue TwitchCon Over Foam Pit Injuries
Who Is Liable For Injuries In A Hotel In Las Vegas? »