One Person Killed, Three Others Injured In DUI Crash In Las Vegas 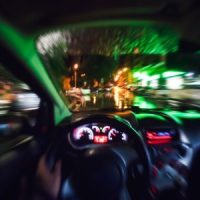 According to a report from Fox 5 Las Vegas, one person was pronounced dead and three others were hurt in a suspected drunk driving crash in Las Vegas. The tragic accident serves as another reminder of the serious safety risk posed by intoxicated driving. Here, our Las Vegas drunk driving accident attorney explains what we know about the crash, discusses the dangers of intoxicated driving, and highlights the key things that make DUI accident injury claims different.

Shortly after 11:00 PM on November 24th, officers from the Las Vegas Metropolitan Police Department (LVMPD) responded to reports of a crash on S. Fort Apache Road in Peccole Ranch, a neighborhood in the western part of the city. Based on a preliminary investigation, the LVMPD determined that the driver of a Nissan lost control, crossed the centerline, and hit two vehicles.

Tragically, the driver of one of those other vehicles, a 50-year-old woman from Henderson, was killed in the collision. Three other people were hurt. Though, none of the injuries were classified as serious. The driver who lost control of the Nissan, a 23-year-old Las Vegas woman, was arrested and charged with drunk driving. She reportedly also had a suspended driver’s license.

Drunk driving remains a serious public safety threat in Las Vegas and all over the United States. The National Highway Traffic Safety Administration (NHTSA) reports that 30 percent of all car accident fatalities reported nationwide involve a drunk driver. Between 2011 and 2020, an average of 10,500 lives were lost in DUI crashes. Many others were seriously injured. These are preventable accidents.

DUI accident claims are complicated. Drunk driving is negligent driving. The at-fault driver (and their insurer) must be held accountable. These claims share some key commonalities with other car accident injury cases. Though, there are also some important differences. Here are three key things that make drunk driving accident claims different:

Get Help From a Las Vegas DUI Accident Attorney Today

At Cameron Law, our Las Vegas DUI accident attorney fights tirelessly to protect the rights of victims and families. We have what it takes to hold drunk drivers—and insurance companies—accountable. Call us now or send us a direct message to request your free, fully confidential appointment with an attorney. Our firm handles DUI accident claims throughout Clark County, including in Las Vegas, North Las Vegas, Enterprise, Henderson, Paradise, Sunrise Manner, and Summerlin South.