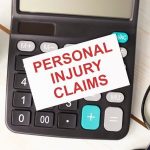 Photographer Claims Injury After Davante Adams Pushed Him To Ground

After a disgusting collapse against the Chiefs, star receiver Davante Adams appears to push a photographer to the ground for no apparent reason. Adams was still wearing his uniform and could be seen on camera pushing a random guy who appeared to be in his way. The man, who was holding a large camera… Read More »

TwitchCon is like a Comicon for gamers, apparently. The popular social media site, Twitch, is used primarily by those who live stream their gaming. The event was held in San Diego and featured an interactive display in which a thin layer of foam cubes were placed over concrete. Attendees were invited to battle one… Read More »

How A Demand Letter Can Move Your Personal Injury Claim Forward

An accident can happen when you least expect it. The Centers for Disease Control and Prevention (CDC) reports that an estimated 35 million people make injury-related emergency room visits nationwide each year. When someone is harmed due to the negligence—careless or reckless conduct of another party—they have the right to pursue compensation for the… Read More »